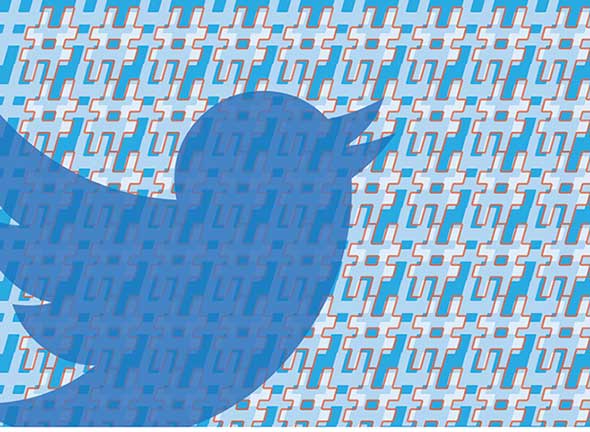 This seventh item in our series about being effective online asks: Is Twitter worth it? Will tweeting 140-character messages into a seemingly anonymous void make you better known, popular and better informed?
Read on!

Because there’s an enormous number of people

hanging out and talking there! (It’s called the Twitterverse for a reason). And, some of the conversations really matter to you. The people having them include your clients, colleagues, competitors, and others who share information you need and want to know. No matter who you are or what you do, the vast Twitter network has something to offer. Guaranteed.

“What about all that tweeting?” you ask. Don’t worry.

Twitter is an online platform where users share opinions, news, information, jokes and nonsense in short, 140-character (or less!) messages. These tweets — or micro-blogs — may contain text, links, photos and video.

For a business or organization, Twitter stands out from other social networking platforms because it is pretty well open. Unlike Facebook, the vast majority of users’ profiles are public. This lets you reach out to people who may have never heard of you or your organization. And, like a blog or e-newsletter, it’s also a great way to stay connected with your loyal followers.

If you’re new to this, think of Twitter as a very, very big party of people with wildly varied interests, agendas and personas. When you first show up, it’s easy to be overwhelmed. There are millions of different conversations going on at once! You have no clue who these people are, what they’re talking about, and where you fit in.

Take a breath. Start by finding people who share similar interests – folks who you want to hear from and who might want to hear from you. Once you find your circle, it’s easy to tune out the rest of the noise. (Unless of course you decide you simply MUST get the latest from your favourite film or TV celebs and other trivia and guilty pleasures …)

OK. So this all sounds simple enough, right? So why aren’t you already tweeting or reading those who do? Most of you answer that with any one of the following three reasons.

Start like you would with every other communication tool and channel you use:

That will guide your tweets. If you’re an expert in your field, you can offer advice to people who ask for it by finding them using the search tool.

How to do that? Think of your key messages and break those down into key terms. Also try general search queries relevant to your field. This will allow you to demonstrate your expertise while adding value to that user’s life. Maybe you’ll gain a new customer or client?

Of course, not all of what you say or share on Twitter needs to be original material. By simply retweeting a piece of relevant industry information, you’re showing that you’re on top of things.

You can also keep track of what your colleagues and competitors are doing and saying.

Okay, so maybe you do have time for Twitter. And you know what you want to say and who to say it to. But what will you get out of it?

Raise your organization’s profile. Twitter lets you be proactive about finding and expanding your audience. This is a powerful feature. There’s no other social media tool that allows you to do that so easily. It also offers your existing audience another way to interact with you. Use Twitter’s search tool to locate people who share similar interests. Reach out to them with a follow, favourite, retweet, reply and/or mention.

Interact with clients, customers, members, fans and other like-minded individuals or organizations. Again, because the vast majority of Twitter profiles are public, you’re not limited in who you can “introduce” yourself to at the party. Not everyone will want to engage with you. But if your message is compelling enough who knows what may turn up?

Drive traffic to your website, blog, social streams, business or event. You can use Twitter to distribute your latest blog post, encourage people to sign up for your e-newsletter, promote an event, and inform about a new product. Just make sure these messages don’t make up most of your tweets. The people at the party who only talk about themselves get tuned out fast. Same for the ones who say the same thing all the time. Aim for no more than one tweet out of four being self promotional.

A great source of information. If you follow the right people, Twitter can be the best source of news for almost anything. Yes, there are people who tweet about what they had for breakfast, but if you don’t search for or follow those people then you won’t see those tweets. Tailor your Twitter to your needs. It’s what you make of it.

Those are the main upsides to Twitter. There are some possible downsides too, depending on how you choose to use it.

Time lost. As we said earlier, Twitter demands time and effort in order to get results. Many businesses and organizations these days have a person, or an entire team, dedicated to social media channels. If your team is small and consistently swamped with more pressing work, Twitter might not be worth it. It’s one of our key answers to this blog’s question: Is Twitter is worth your time? A few other cautions follow.

Damage to brand reputation. If you start to tweet before you have a handle on how it works, there’s a risk your message will get muddled. Similarly, if you start tweeting before you’ve clearly defined your audience and key message, you run the risk of lowering your organization’s profile rather than raising it. Of course, it’s not just newbies who put their reputations on the line on Twitter. Even major corporations, with dedicated and experienced social media teams are liable to make mistakes. In 2012, McDonald’s tried to get people to share fuzzy memories of the fast food chain with the hashtag #McDstories. The effort was an epic backfire. Many people weren’t lovin’ it and, inevitably, many of the tweets were food poisoning horror stories.

Opens you to attacks and criticism. Twitter’s huge network can both help you and bite you. Yes, you can reach new people –potential customers and clients. But everything you share and say can be seen and commented on.

If someone takes issue with your message, it’s very easy for that person to say so. Anyone paying close attention will see those negative comments. The higher your Twitter profile, the more likely you will attract this sort of attention.

That said, if you’re not saying anything controversial, you’re unlikely to draw the ire of anyone. But if you find yourself wading into the political realm, for example, you can bet someone at some point will challenge what you have to say.

Still interested in trying out Twitter? Before you do, there are a number of things you’ll want to hash out before you hashtag.

Before you get started

Know your purpose. Here are some typical reasons to use Twitter::

Knowing what you’re doing on Twitter will help you decide who to follow and engage with, and what kind of information to share or seek out.

Determine your strategy. How often will you tweet? And when you do tweet, what percentage will be self-promotion – sharing your latest blog posts or telling your followers about a new service? What percentage will be dedicated to other conversations – responding to other tweets, offering advice, sharing someone else’s message? The more time you can spend on the latter, the better. You want to be worth following because you’re offering valuable information.

Make sure you have a firm grasp on how Twitter works before you tweet. At the risk of sounding like a broken record, we’ll remind you again that you don’t need to be tweeting to get value out of the platform. In fact, especially at the beginning, it’s a good idea to simply watch and listen to others. Follow –or simply observe–social influencers in your field and see how they use Twitter. What sorts of things do they say, what do they share and how do they respond and interact with other users?

Create an account but spend at least a month just reading and searching for people and organizations to follow. More than any other how-to guide, monitoring Twitter — paying especially close attention to the people that are doing it right — will teach you how best to use it.

Ready to sign up? Twitter’s own step-by-step guide on getting started makes that process simple. There’s also a glossary of terms which you can use to familiarize yourself with all the lingo. A warning though: there is a lot it. But you certainly don’t need to have all the terminology memorized right away. In fact, at this early stage, it may be most helpful to simply remember the five most common:

So there you have it, our mini-guide to why Twitter is – or isn’t – worth your time. Tweet us @workingdes. Let us know what you think of this blog, share it or add some of your own comments.